How do you provide treatment to people seeking help in a health centre without clean water? What does it mean for a family to have to walk kilometres for a few litres of drinking water? How does a school child cope, if there is no water in her school?
Access to safe drinking water is crucial in any area in Zimbabwe. And climate change, mostly causing droughts, is not making things any easier. Long periods of drought also bring more conflict between humans and wildlife. Many people get their water outside their villages and have to walk long distances to find it. This is especially so for people living near protected areas where encounters with wild animals easily occur.

However, it is not only people who need fresh water - many wild animals also have to move long distances to find water. This brings them increasingly close to human settlements - and the potential for conflict increases. Counteracting this is part of an ambitious WWF project in two transboundary nature conservation areas – one that covers Zimbabwe being the Kavango Zambezi Transfrontier Conservation Area (KAZA). The aim is to improve people's livelihoods, strengthen communities, adapt them to the effects of climate change and mitigate human-wildlife conflicts. One practical way of supporting communities is the construction of drinking water boreholes in Zimbabwe.

This initiative has seen the village of Malalume in Zimbabwe's Bulilima district, south of Hwange National Park, getting its very own borehole drilled. This puts an end to the long periods when the people of the village, the health centre and the business centre had to manage without potable water. Several attempts to drill boreholes had not yielded positive results, but then the good news came under the WWF Zimbabwe implemented project - the first successful borehole in the area now provides clean water to the village.

A second borehole will benefit the Huwana Secondary School, the first secondary school in the district. Until now, the people of Malalume have been depending on the region's rivers for their water supply. When the second borehole is in operation, a total of around 850 people will have access to clean and safe water for the first time.

In another village of Masikili in the Hwange district, the supply of drinking water to the people is beginning to improve. Many families here have to walk to nearby villages, where they are allowed to fetch a maximum of a 20 litres of water from the local borehole. Others have to rely on an old deep well, whose water is not suitable for drinking and is also difficult to access: It takes a whole hour to fill a bucket of water. The new borehole - one of the first in the area - will provide clean water for around 300 people in the future. Two other boreholes have already been completed in Binga district, near Chizarira National Park, one in the village of Kalombe, the other in the village of Siyambizi.

Until now, the people here and in the surrounding area supplied themselves with water primarily from water points that they dug by hand into the riverbeds. So far, they have not had access to clean drinking water. The new boreholes in this region will benefit around 1,100 people.

“Boreholes have been sunk in areas that are characterised by perennial domestic water challenges, hence they have significantly improved beneficiaries livelihoods. To sum it up, one of the beneficiaries told a consultative meeting that she used to wake up very early in the morning and spent most of the day walking long distances in search of water,” says Never Muboko, WWF Zimbabwe’s manager for the climate change adaptation project.

“This is, however, a thing of the past and beneficiaries can now divert their energy to more productive activities,” he says.

All boreholes are supplied with solar power to operate the water pumps. Where exactly they are installed is an important decision made by the respective Rural District Council (RDC) as the local administrative body together with the respective committees for environmental issues of the corresponding district.

To ensure that the extraction of water is not detrimental to the environment, each potential drilling site is carefully examined in advance by hydrologists, who ask questions such as:  Is the location favourable? How deep will the borehole be? How productive is the borehole, and will the water extracted in all probability be sufficiently replenished by precipitation? Only when these questions have been answered satisfactorily, and sustainability is assured, will the contract for drilling be signed.

The Rural District Councils are responsible for managing the water points in their respective districts, but delegate responsibility for the day-to-day operation and maintenance of the boreholes and solar pumps to the respective Water Point Committee, which is elected by the village elders.

The project on climate adaptation in model regions of Unganisha and KAZA is implemented with funds from the German Federal Ministry for Economic Cooperation and Development (BMZ). 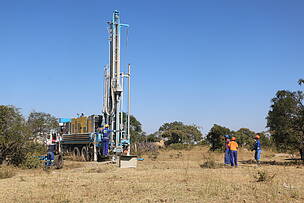 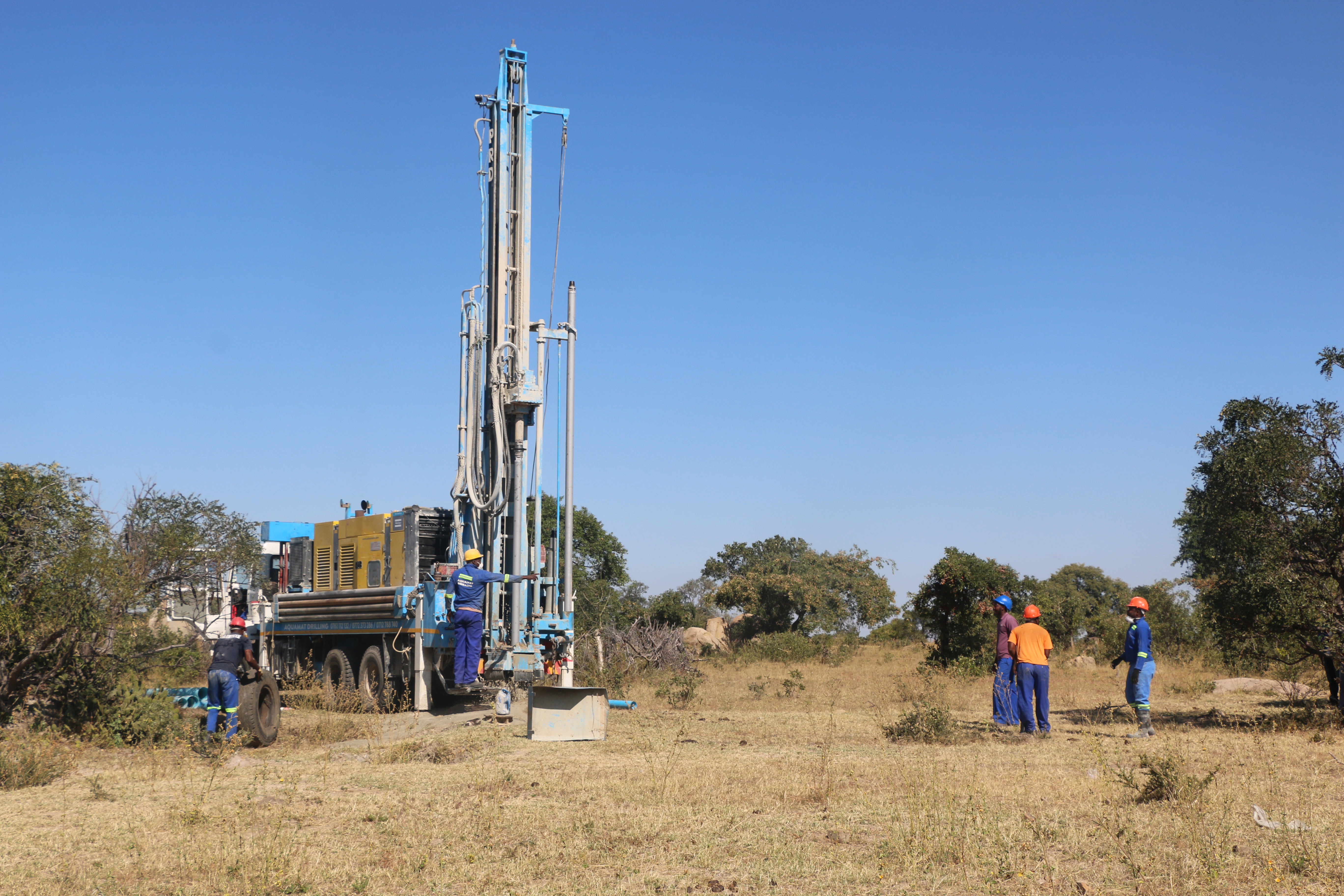